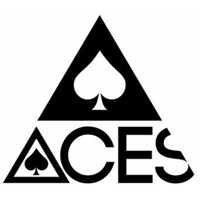 Aces History
(ACES) Aces was launched on 28/07/2016 and runs without being controlled by a central bank. The decentralized crypto currency is not mineable, so instead, you can purchase ACES through an exchange service. It adopts the Proof of Stake (PoS) consensus and X13 algorithm. To keep up to date with Aces, they can be found on Twitter, Github, Reddit and Telegram.
About Aces (ACES)
Aces by the numbers
Aces links
Compare Aces To Other Coins