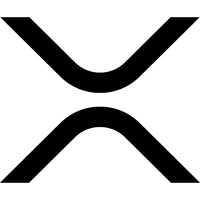 XRP History
Ripple Labs created the Ripple (XRP) cryptocurrency back in 2012. It has recently rebranded to XRP, from Ripple. XRP is fast, transactions settle in less than 4 seconds and the XRP ledger can handle 50,000 transactions per second, compared to seven with bitcoin. Transaction fees are much lower than bitcoin too. XRP cannot be mined like bitcoin, the 100 billion XRP coins that exist today were created when the network launched in 2012. XRP, XRP, has been in circulation since 1st Apr, 2013 and runs without a single administration, such as a central bank. You cannot mine the decentralized cryptocurrency, and as such, you can get XRP coins from a currency exchange service. The coin adopts the Proof of Stake (PoS) consensus, along with the RPCA algorithm. XRP can be found online, on social networks like Twitter, Github, Discord, Facebook, Reddit and more.
About XRP (XRP)
XRP by the numbers
XRP links
Compare XRP To Other Coins

Quant vs XRP
Compare Other Coins
Featured Video from XRP