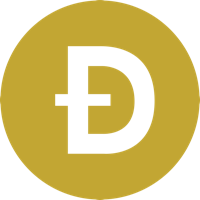 Dogecoin History
Created by Billy Markus in Portland, Oregon back in 2013, Dogecoin (DOGE) aimed to be a fun cryptocurrency that would reach a wider audience. Jackson Palmer, from Sydney, a member of Adobe Systems' marketing department, was encouraged to make the coin a reality. And hence Dogecoin was born. Featuring a Shiba Inu dog as its mascot, the Dogecoin raised enough capital to sponsor NASCAR driver Josh Wise in 2014. (DOGE) Dogecoin was circulated on 8th Dec, 2013 and operates independently of any monetary authorities. The cryptocoin uses the Proof of Work (PoW) consensus and it is mineable, using the Scrypt algorithm. We have made a calculator for Dogecoin, to help estimate the profitability of mining the coin. We have built a mining calculator widget, which you can embed on your site. Dogecoin are on social media sites such as Twitter, Github, Facebook and Reddit, so check them out to keep updated with the latest news.
About Dogecoin (DOGE)
Dogecoin by the numbers
Dogecoin links
Compare Dogecoin To Other Coins