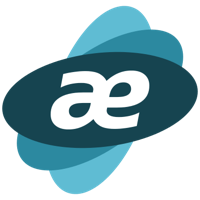 Aeon History
Launched in June, 2014 by an anonymous developer under the name of 'Aeon', Aeon (AEON) was developed to be a lightweight-Monero. The developer 'Aeon' worked on the coin until March 2015, when it was then handed over to a member of the Monero core team. Like Monero, Aeon is resistant to ASIC mining and can be mined effectively with CPU's and GPU's. Aeon runs efficiently on mobile devices as well as regular laptops and desktops. AEON - Aeon was announced back on 06/06/2014 and works separately from a central bank. It is a mineable decentralized crypto-currency, using the CryptoNight Lite, CryptoNight Lite V7, CryptoNote, CryptoNight algorithm and the Proof of Work (PoW) consensus. You can estimate the profitability of mining Aeon using our calculator. There is also a mining calculator widget that you can use on your own website. For the latest from Aeon, you can find them on social media, such as Twitter, Github, Facebook, Reddit and Telegram.
About Aeon (AEON)
Aeon by the numbers
Aeon links
Compare Aeon To Other Coins