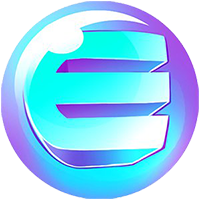 Enjin Coin History
(ENJ) Enjin Coin has been around since Aug 21st, 2017 and operates independently of a central bank. ENJ, a cryptocurrency, is not mineable, therefore in order to acquire ENJ, you must buy via a cryptocurrency exchange. To keep updated with Enjin Coin, they can be found on Facebook, Telegram and Reddit.
About Enjin Coin (ENJ)
Enjin Coin by the numbers
Enjin Coin links
Compare Enjin Coin To Other Coins