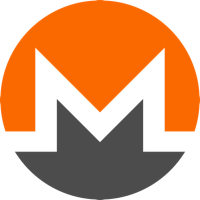 Monero History
Monero (XMR), an open source digital currency, was started on 18th April, 2014 and is based and running on the blockchain, a shared public ledger. It is a derivative of bitcoin, but is based on the CryptoNote technology and runs CryptoNight V8, CryptoNote algorithm instead of SHA-256 (the bitcoin algorithm). Monero differs from other cryptocurrencies in that is secure, private and entirely untraceable. Users of the currency have their sending and receiving addresses shielded, along with the transaction amounts, making them impossible to trace. You can stay connected with Monero through social sites like Twitter, Github, Slack, Facebook, Reddit and more.
About Monero (XMR)
Monero by the numbers
Monero links
Compare Monero To Other Coins

Algorand vs Monero
Compare Other Coins
Featured Video from Monero